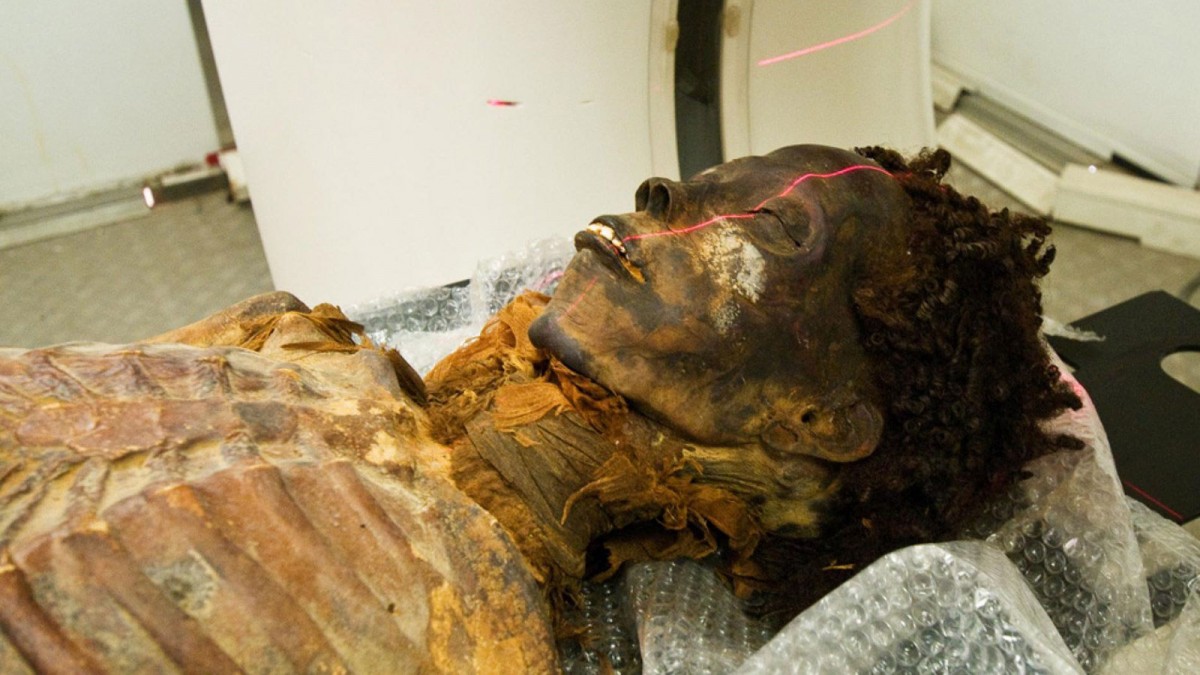 As silent witnesses to the past, ancient Egyptian mummies can add to our knowledge of their society well beyond what we can learn from the study of texts, art and funerary rituals.

In a study led by Macquarie University, researchers have successfully identified proteins present in skin samples from 4,200-year-old mummies with evidence of inflammation and activation of the immune system, as well as possible indications of cancer.The researchers performed proteomics analysis on four skin samples and one muscle tissue sample taken from three ancient Egyptian mummies of the First Intermediate Period (FIP).“We identified numerous proteins that provide evidence of activation of the innate immunity system in two of the mummies, one of which also contained proteins indicating severe tissue inflammation, possibly indicative of an infection that we can speculate may have been related to the cause of death,” says Professor Paul Haynes from the Department of Chemistry and Biomolecular Sciences.Dr Jana Jones from the Department of Ancient History describes the FIP as the first Egyptian ‘Dark Age’.“It was marked by political unrest, changed economic conditions, mega drought and famine,” she says.“Our scientific study of mummies provides a historical context for medical conditions that are found in the modern world such as cardiovascular disease and cancer.“This proteomic analysis is particularly significant because it is not only the first instance of isolation of proteins from mummified tissue since one brief study in 1975, but because it is able to detect inflammation and the presence of tumours undetectable by other methods, such as DNA analysis.”

The analysis of ancient proteins using proteomic techniques, such as the ones used in this study, does not rely on amplification as is used in DNA studies, but does present other issues.

“The issue of contamination is always present in proteomics analysis of ancient samples – materials extracted from ancient burial sites may well have been contaminated by people involved in the sample collection process, but we have no way of controlling for that,” says Professor Haynes.

In this study, the researchers have conclusively identified more than 230 proteins present in a set of very small skin and muscle tissue samples taken from three Egyptian mummies of the FIP, approximately 4200 years of age. The samples were found to contain large amounts of collagen, which is in agreement with morphological analysis by scanning electron microscopy.“Analysis of skin tissue from the mummy known as Khepeshet identified a protein signature indicative of a severe immune response, and a subset of those proteins were strongly linked to bacterial infection in the lungs. Hence, bacterial pulmonary infection, such as tuberculosis, is something you could point to as a possible cause of death,” says Professor Haynes.“Analysis of both skin and muscle samples from the mummy known as Idi identified numerous proteins associated with inflammation and immune response. In the muscle sample we also found two proteins, deleted in malignant brain tumor 1 (DMBT-1) and transglutaminase, the increased expression of which, in tandem, has previously been reported to be correlated with pancreatic cancer progression. This allows us to speculate that Idi may also have been suffering from pancreatic, or some other, cancer,” he concludes.