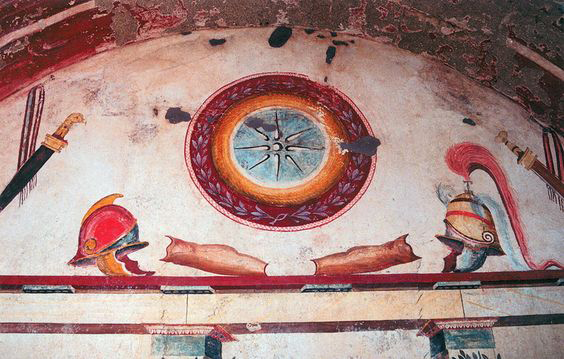 Macedonia After Alexander: The Antigonids and Their Kingdom

The conference “Macedonia After Alexander: The Antigonids and Their Kingdom” will take place in June, in the University of Exeter.

The Antigonid dynasty, one of the four Hellenistic kingdoms that emerged after the death of the Alexander the Great, was established in 306 BC by its eponymous founder Antigonus I Monophthalmus (‘the One-Eyed’) and his son Demetrius Poliorcetes (‘the Besieger’). Originally based in Asia Minor and Syria, the family later gained control over the territory of Macedonia in 275 BC under the aegis of Antigonus II Gonatas (277-74, 272-239 BC). The kingdom subsequently came to prominence, reaching its peak during the reign of Philip V (221-179 BC), before coming to an end following successive conflicts with Rome and the defeat of its final ruler, Perseus, in 168 BC.

While the Antigonids were an important part of the political scene in the Hellenistic period, study of them has been largely overshadowed by that of the Ptolemies, Seleucids and Attalids, which (other than the Attalids) were longer-lasting and saw a greater engagement with non-Greek peoples. This lack of attention has obscured the significance of this dynasty in the politics and culture of the ancient Mediterranean. It is the aim of this conference, therefore, to pave the way to rectifying this situation as the first event of a new international Antigonid Network. Alongside conference papers touching on a range of different aspects, discussion sessions will help build relationships between individuals and institutions, as well as offer the space to develop collaborative projects and resources.

This conference is proudly supported by the Centre for Hellenistic and Romano-Greek Culture and Society at the University of Exeter.

Attendance is free but requires booking to ensure that appropriate catering is provided. Bookings can be made by contacting Emma Nicholson at [email protected]. We are unable to provide bursaries, but if participants require accommodation, the organizers can help with arrangements.