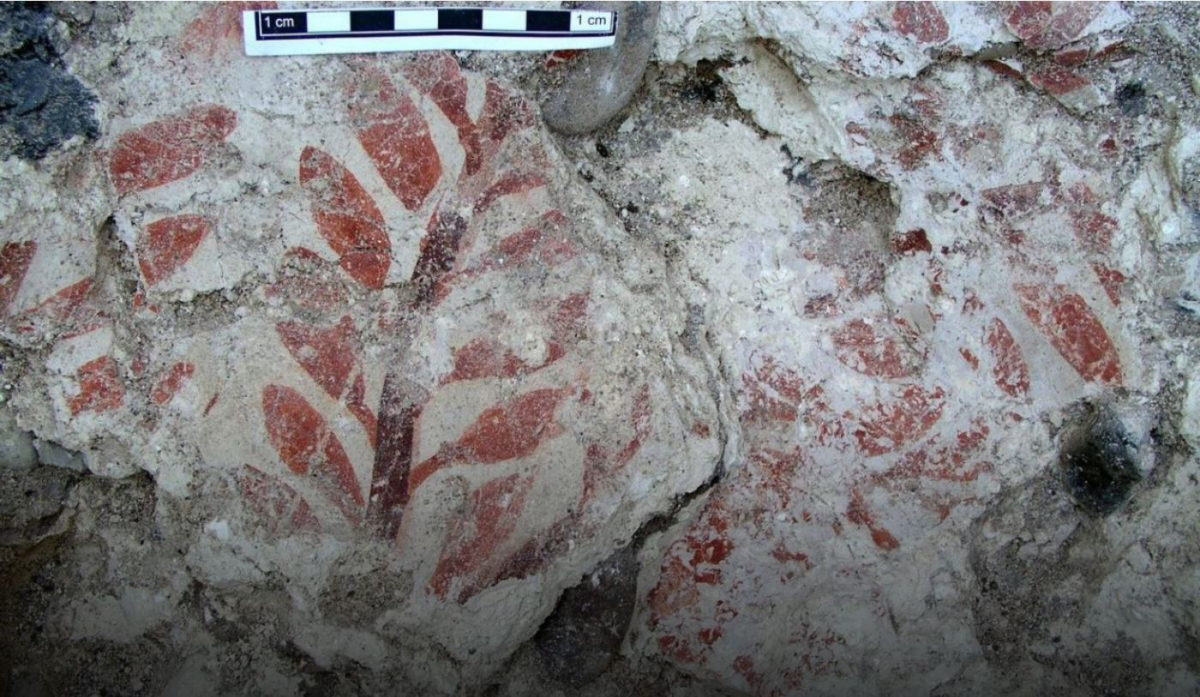 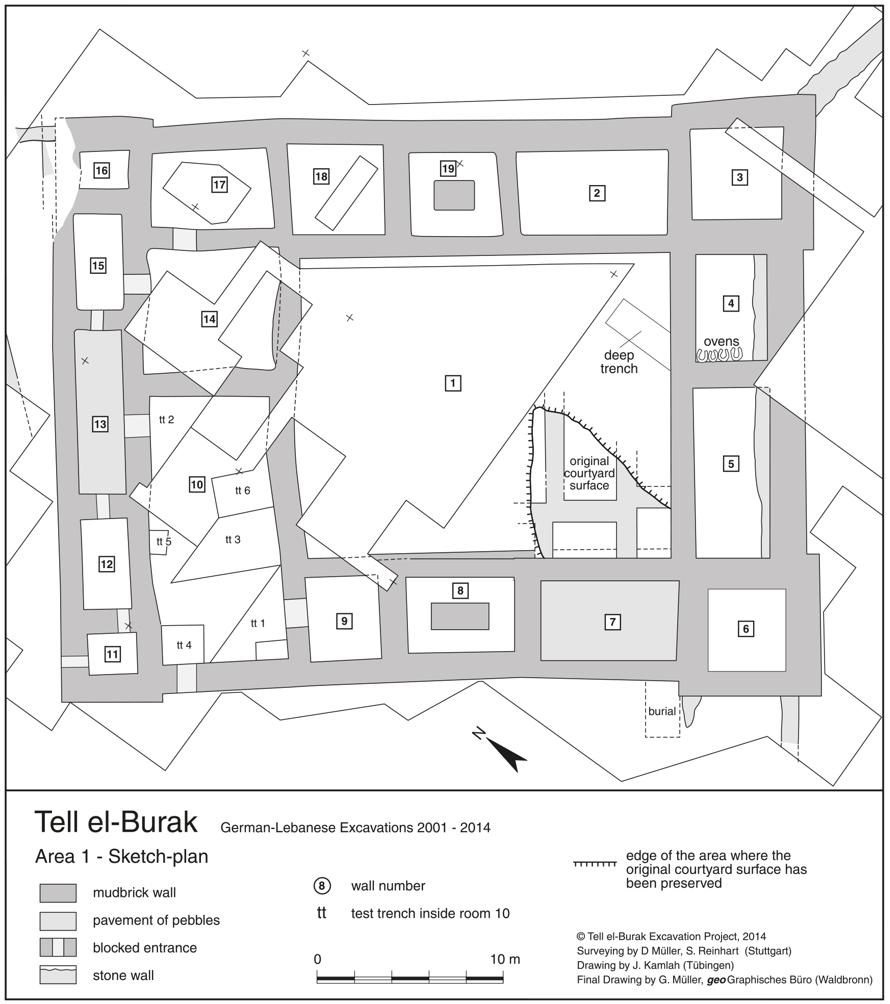 The oldest known forerunners of fresco paintings in the Mediterranean

At the Tell el-Burak site south of Sidon

Researchers from the Universities of Beirut and Tübingen have analyzed 4000-year-old murals in a Bronze Age palace in Lebanon.

Archaeologists from the American University of Beirut and the University of Tübingen have documented the oldest large-area wall paintings from the Ancient Near East. The first parts of the paintings were discovered in 2005 in the ruins of a Bronze Age palace in southern Lebanon, on the Mediterranean coast south of Sidon. In the following years, the paintings on large wall surfaces were uncovered and preserved; the researchers have now published their results in a book.

Professor Jens Kamlah of the Institute of Biblical Archaeology at the University of Tübingen describes how, in this early stage of fresco paining, the colors were applied to the walls – some time around 1900 BCE. This is the earliest known evidence of a preliminary form of the fresco technique in the entire Mediterranean region. The project was headed by Kamlah and the Lebanese archaeologist Professor Hélène Sader. They were supported by the German Archaeological Institute as a cooperation partner, under the scientific director, Dr. Dr. Margarete van Ess.

The German-Lebanese team of archaeologists discovered the palace in 2001 at the Tell el-Burak site south of Sidon, and had fully excavated it by 2011. The paintings were found on the walls inside the largest room, which measured seven by 14 meters. The researchers say the palace was built around 1900 BCE. and was in use for some 200 years.

The paintings show a geometric frieze as well as a hunting scene, a procession, and a “tree of life.” Comparable motifs are known from the Ancient Near Eastern and Egyptian iconography, says Julia Bertsch from the University of Tübingen, a member of the team who has been investigating the paintings. She says the technique may be seen as a preliminary stage of the fresco because the preliminary drawings were applied to the still-damp plaster. By contrast, in the fully developed fresco technique, the paintings in their entirety are applied to the fresh plaster.

As the plaster dries, the paints combine permanently with the substrate. “It was previously assumed that this technique was developed several centuries later in Minoan-Aegean palace paintings. These finds from Tell el-Burak show us that, at the very least, important steps in the development of the technique were made in the Near East,” says Bertsch.

An analysis of the paints showed that one of the colors used was Egyptian blue. This hardly ever occurs naturally, but it was produced and used in ancient Egypt from the third millennium B.C.E. “This shows that there were close ties between today’s southern Lebanon and the Egyptian Empire at that time,” Kamlah says. “The paintings could have been created by Egyptian artists. In any case, they testify to an early form of cultural exchange and knowledge transfer in the Eastern Mediterranean.”

The palace walls are partly preserved to their original height of about 3.5 meters. “This is particularly remarkable because they are made of air-dried clay bricks that are around 4,000 years old,” Kamlah explains. This complete preservation was a stroke of luck and only possible because the room was completely filled with sand, gravel and clay from floor to ceiling around 1800 BCE.

The doors were blocked up with clay bricks. “The palace stood on a 17-meter-high artificial mound directly on the beach. The wing on the sea side was originally located on a lower terrace than the other rooms. We assume that this led to static problems. The walls on the lower level, which included the room with the murals, were deformed by the pressure of the higher terrace. The lower rooms were filled in to stabilize,” Kamlah says. As a result, the paintings were extensively preserved, but are very fragile. “They had to be uncovered by specially trained experts – in small sections and very carefully.

Gradually, the researchers were able to see the big picture: a geometric frieze divides the long side of the room into an upper and a lower register. It is made of diamonds and is framed by two bands of alternating colors. In the upper register, a hunting scene is visible in which two hunting dogs drive a herd of gazelles towards a hunter who has already shot one of the animals. In the lower register, three striding men and other people are visible in a procession scene. A third scene is arranged three-dimensionally in a corner of a room with a rising floor. The painting shows a tree on a hill in which a blue animal has placed its front hooves and eats. The animal’s head is not preserved.

The painting also covers parts of the floor, and in the corner of the room the tree’s branches stretch out on both walls. “The motif corresponds to Ancient Near Eastern representations of the “tree of life,” which represents the fertility of the divinely created order,” Kamlah explains. All three motifs correspond to Ancient Near Eastern and Egyptian iconography, which idealized kings, rulers and members of the elite.

The almost 4,000-year-old wall paintings testify to an era of artistic richness in the south of present-day Lebanon in the Middle Bronze Age (approx. 2000-1550 BCE). “Until now, very little was known about the people of that time. The German-Lebanese excavations show that there must have been an economically and culturally flourishing city-kingdom in Sidon. Since we have found no signs of major upheavals in the population, we can assume that these people were ancestors of the Phoenicians who later inhabited the area,” Kamlah concludes.