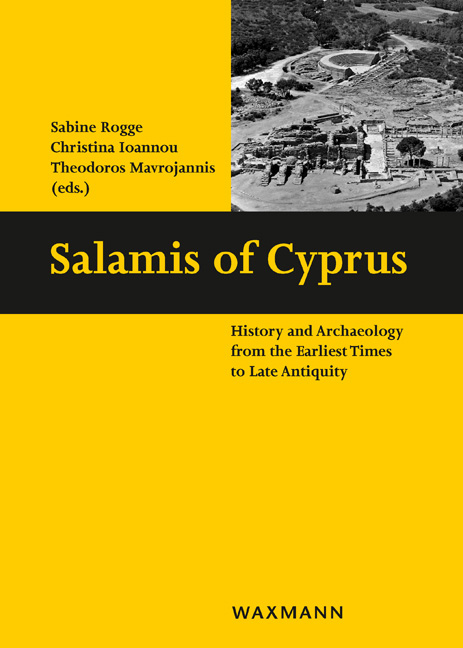 In May 2015 an international conference organised by the University of Cyprus and the Cypriot Department of Antiquities was held in Nicosia – a conference, which could well be called the largest ever symposium on ancient Salamis. During the three-day event some 60 scholars from many countries presented their current research on this important and spectacular archaeological site on the east coast of the island of Cyprus. Two generations of scholars met in Nicosia during the conference: an older one, whose relationship with ancient Salamis can be characterized as very direct, since many representatives of that generation had actively participated in the extremely productive excavations at that spot, until these activities came to an abrupt end in the summer of 1974 due to the Turkish invasion – and a younger generation, which is of course lacking this very direct contact. The conference successfully connected the older with the younger generation, and thus contributed to maintaining and renewing the interest in ancient Salamis.

This richly illustrated book compiles most of the lectures presented during the conference. It might be regarded as a tribute to Salamis, an outstanding ancient city, which existed for more than one and a half millennia – eventually under the name of Constantia.