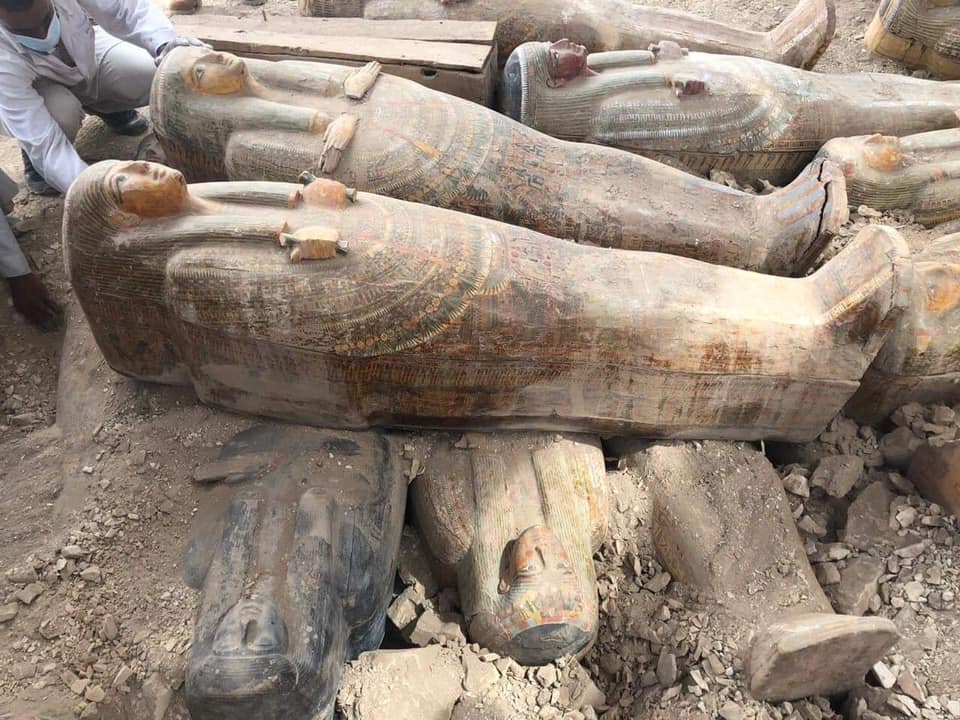 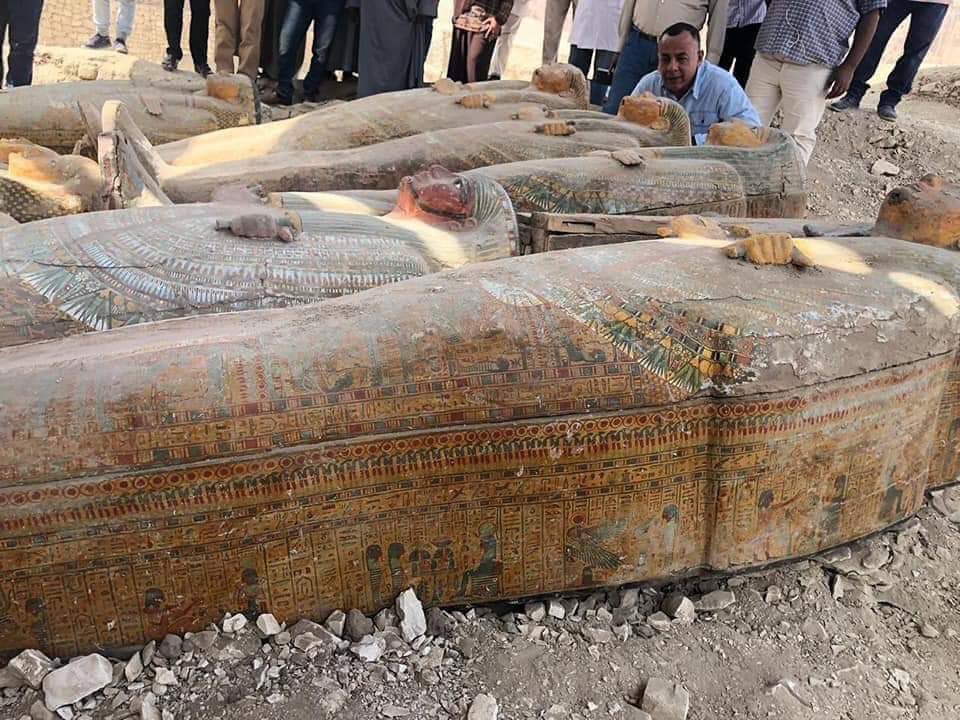 A new coffins’ cachette with, at least, 20 intact and sealed ancient Egyptian coffins has been discovered in Luxor’ s West Bank area.

According to primary press reports, the cachette was located at the area of Assasif, opposite the city of Luxor.  Photos available at the moment show a large number of wooden painted coffins; they appear sealed, in an excellent state of preservation, and stacked in two layers. They are expected to still contain mummies.

Egyptian Minister of Antiquities Dr. Khaled El-Enani has already visited Luxor to inspect the cachette; Dr. Mostafa Waziri, Secretary General of the Supreme Council of Antiquities accompanied the Minister. Details on the discovery will be announced in a press conference scheduled for Saturday Oct. 19.

Ancient Egyptians often evacuated elite tombs to store mummies and funerary items en masse in cachettes  (empty tombs or other large hidden spaces) during times of turmoil or following incidents of tomb-raiding. The royal mummies, as well as mummies of high priests and other important ancient Egyptians, come from such secondary burial contexts – the sites known as DB 320,  KV 35, Bab al-Gassus and more. In that sense, the latest impressive discovery is only the last in a line of similar impressive finds.