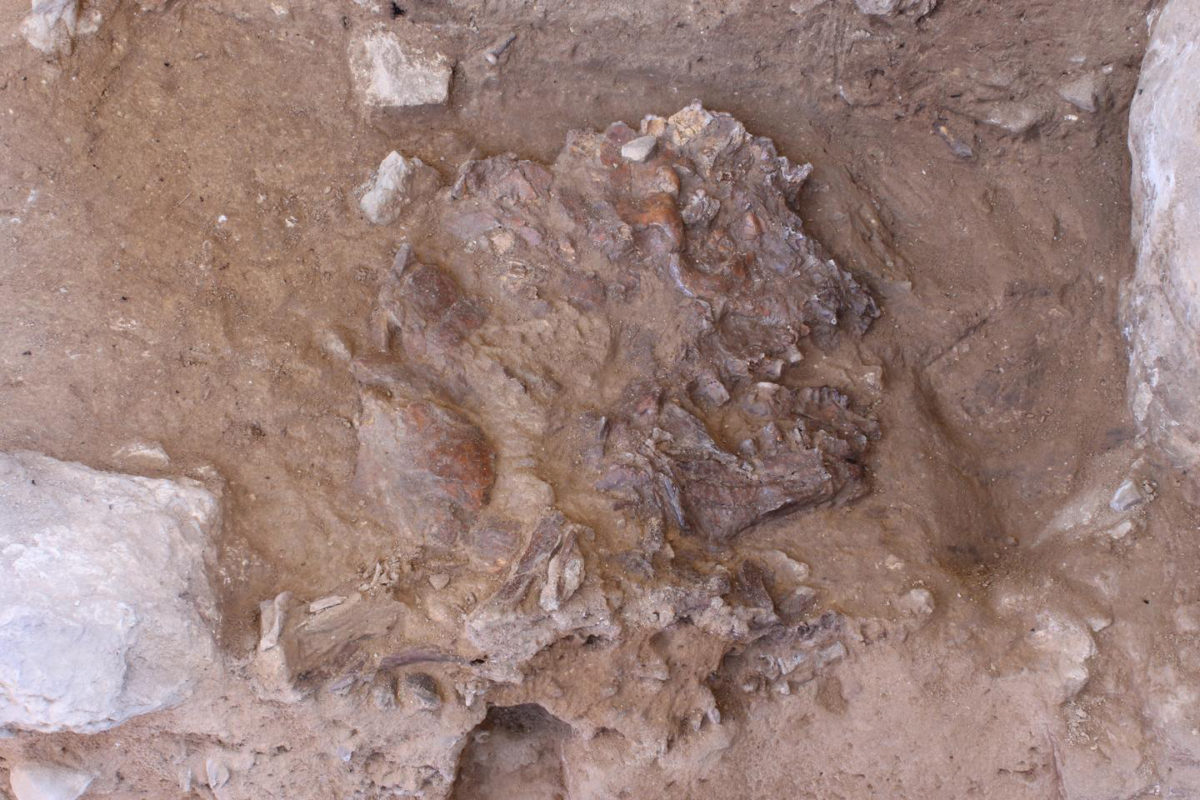 With the use of the latest technologies

The first articulated Neanderthal skeleton to come out of the ground for over 20 years has been unearthed at one of the most important sites of mid-20th century archaeology: Shanidar Cave, in the foothills of Iraqi Kurdistan.

Researchers say the new find offers an unparalleled opportunity to investigate the “mortuary practices” of this lost species using the latest technologies.

Some were clustered together, with clumps of ancient pollen surrounding one of the skeletons. Solecki claimed this showed Neanderthals buried their dead and conducted funerary rites with flowers.

The ‘flower burial’ captured the public imagination, and prompted a reappraisal of a species that – prior to Shanidar Cave – was thought to have been dumb and animalistic.

It also sparked a decades-long controversy over whether evidence from this extraordinary site did actually point to death rituals, or burial of any kind, and if Neanderthals were really capable of such cultural sophistication.

More than 50 years later, a team of researchers have reopened the old Solecki trench to collect new sediment samples, and discovered the crushed skull and torso bones of another Shanidar Neanderthal.

The discovery has been named Shanidar Z by researchers from Cambridge, Birkbeck and Liverpool John Moores universities.

“So much research on how Neanderthals treated their dead has to involve returning to finds from sixty or even a hundred years ago, when archaeological techniques were more limited, and that only ever gets you so far,” said Dr Emma Pomeroy, from Cambridge’s Department of Archaeology, lead author of the new paper.

“To have primary evidence of such quality from this famous Neanderthal site will allow us to use modern technologies to explore everything from ancient DNA to long-held questions about Neanderthal ways of death, and whether they were similar to our own.”

In 2011, the Kurdish Regional Government approached Professor Graeme Barker from Cambridge’s McDonald Institute of Archaeology about revisiting Shanidar Cave. With Solecki’s enthusiastic support, initial digging began in 2014, but stopped after two days when ISIS got too close. It resumed the following year.

“We thought with luck we’d be able to find the locations where they had found Neanderthals in the 1950s, to see if we could date the surrounding sediments,” said Barker. “We didn’t expect to find any Neanderthal bones.”

In 2016, in one of the deepest parts of the trench, a rib emerged from the wall, followed by a lumbar vertebra, then the bones of a clenched right hand. However, metres of sediment needed carefully digging out before the team could excavate the skeleton.

During 2018-19 they went on to uncover a complete skull, flattened by thousands of years of sediment, and upper body bones almost to the waist – with the left hand curled under the head like a small cushion.

Early analysis suggests it is over 70,000 years old. While the sex is yet to be determined, the latest Neanderthal discovery has the teeth of a “middle- to older-aged adult”.

Shanidar Z has now been brought on loan to the archaeological labs at Cambridge, where it is being conserved and scanned to help build a digital reconstruction, as more layers of silt are removed.

The team is also working on sediment samples from around the new find, looking for signs of climate change in fragments of shell and bone from ancient mice and snails, as well as traces of pollen and charcoal that could offer insight into activities such as cooking and the famous ‘flower burial’.

Four of the Neanderthals, including the “flower burial” and the latest find, formed what researchers describe as a “unique assemblage”. It raises the question of whether Neanderthals were returning to the same spot within the cave to inter their dead.

A prominent rock next to the head of Shanidar Z may have been used as a marker for Neanderthals repeatedly depositing their dead, says Pomeroy, although whether time between deaths was weeks, decades or even centuries will be difficult to determine.

“The new excavation suggests that some of these bodies were laid in a channel in the cave floor created by water, which had then been intentionally dug to make it deeper,” said Barker. “There is strong early evidence that Shanidar Z was deliberately buried.”

CT-scans in Cambridge have revealed the petrous bone – one of the densest in the body; a wedge at the base of the skull – to be intact, offering hope of retrieving ancient Neanderthal DNA from the hot, dry region where “interbreeding” most likely took place as humans spilled out of Africa.

Added Pomeroy: “In recent years we have seen increasing evidence that Neanderthals were more sophisticated than previously thought, from cave markings to use of decorative shells and raptor talons.

“If Neanderthals were using Shanidar cave as a site of memory for the repeated ritual interment of their dead, it would suggest cultural complexity of a high order.”