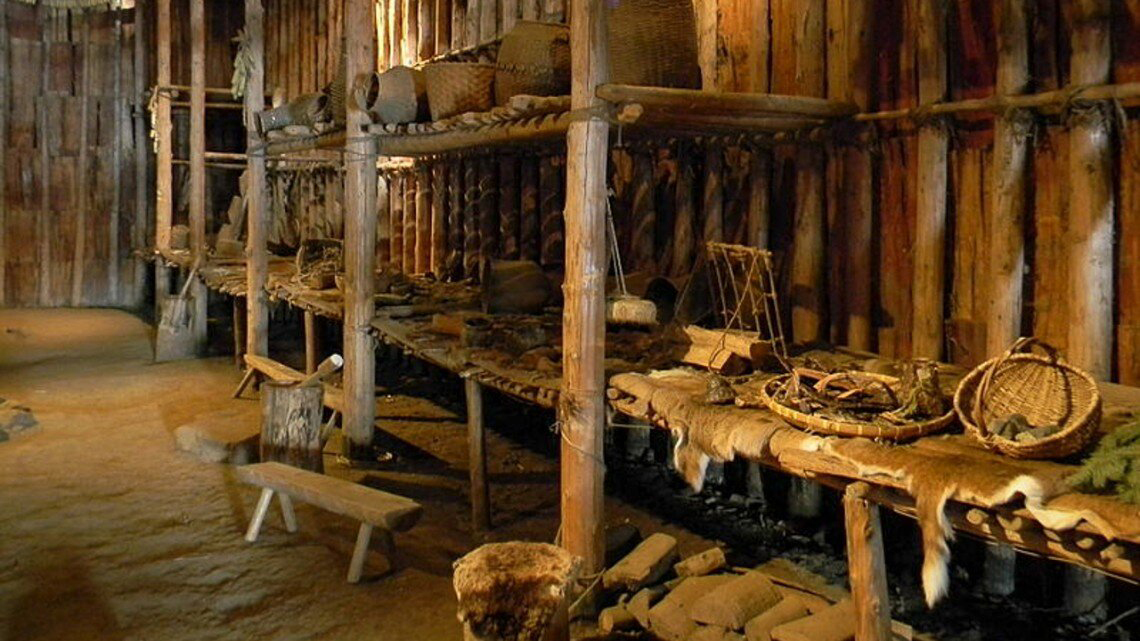 Maize, not metal, key to native settlements’ history in NY

New Cornell University research is producing a more accurate historical timeline for the occupation of Native American sites in upstate New York, based on radiocarbon dating of organic materials and statistical modeling.

The results from the study of a dozen sites in the Mohawk Valley were recently published in the online journal PLoS ONE by Sturt Manning, professor of classical archaeology; and John Hart, curator in the research and collections division of the New York State Museum in Albany.

The findings, Manning said, are helping to refine our understanding of the social, political and economic history of the Mohawk Valley region at the time of early European intervention.

The work is part of the Dating Iroquoia Project, involving researchers from Cornell, the University of Georgia and the New York State Museum, and supported by the National Science Foundation.

“The Mohawk case was chosen because it is an iconic series of indigenous sites and was subject to one of the first big dating efforts in the 1990s,” said Manning. “We have now examined a southern Iroquois (Haudenosaunee) case as well as a northern Iroquois (Wendat) case, and we again find that the previous dating scheme is flawed and needs revision.”

The Mohawk and Hudson river valleys were key inland routes for Europeans entering the region from the coast in the 16th and early 17th centuries. Colonization of the new world enriched Europe – Manning has described this period as “the beginning of the globalized world” – but brought disease and genocide to indigenous peoples, and their history during this time is often viewed in terms of trade and migration.

The standard timeline created for historical narratives of indigenous settlement, Manning noted, has largely been based on the presence or absence of types of European trade goods – e.g., metal items or glass beads. Belying this Eurocentric colonial lens, trade practices differed from one native community to another, and not all of them accepted contact with, or goods from, European settlers.

To clarify the origins of metal goods found in the upstate New York settlements, the team used portable X-ray fluorescence (pXRF) analysis to determine whether copper artifacts were of native or European origin. They then also re-assessed the dates of the sites using radiocarbon dating coupled with Bayesian statistical analysis.

Bayesian analysis, Manning explained, is “a statistical method that integrates prior knowledge in order to better define the probability parameters around a question or unknown. In this case, archaeological and ethno-historic information was combined with data from a large set of radiocarbon dates in order to estimate occupation dates for a set of Mohawk villages across the 13th to early 17th centuries.”

The focus was on the period from the late 15th to the early 17th century, he said, or “the long 16th century of change in the northeast.”

The results “add to a growing appreciation of the interregional variations in the circulation and adoption patterns of European goods in northeastern North America in the 16th to earlier 17th centuries,” Manning said.

In previous indigenous site studies, where artifacts indicated trade interactions, researchers might assume “that trade goods were equally available, and wanted, all over the region,” and that different indigenous groups shared common trade practices, he said.

“The re-dating of a number of Iroquoian sites also raises questions about the social, political and economic history of indigenous communities from the 14th to the 17th centuries,” Manning said. “For example … a shift to larger and fortified communities, and evidence of increased conflict,” was previously thought to have occurred around the mid-15th century.

But the radiocarbon findings from some larger sites in Ontario and their cultivated maize fields – 2,000 acres or more in some instances – date the sites from the mid-16th to the start of the 17th century, he said.

“However, as this New York state study shows, other areas had their own and differing trajectories. Thus with direct dating we start to see real, lived, histories of communities, and not some imposed generic assessment,” Manning said. “The emerging new and independent timeframe for northeast North America will now form the basis of a wider indigenous history,” Manning said, “free from a Eurocentric bias, with several past assumptions open for an overdue rethink.”