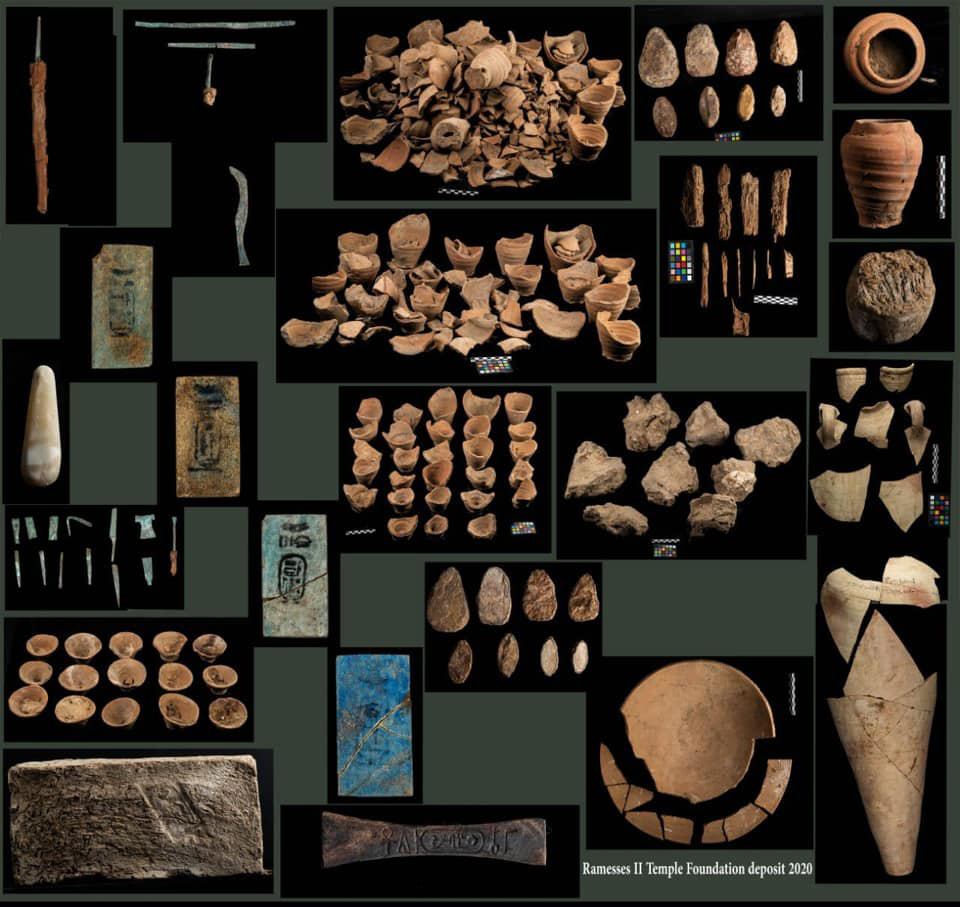 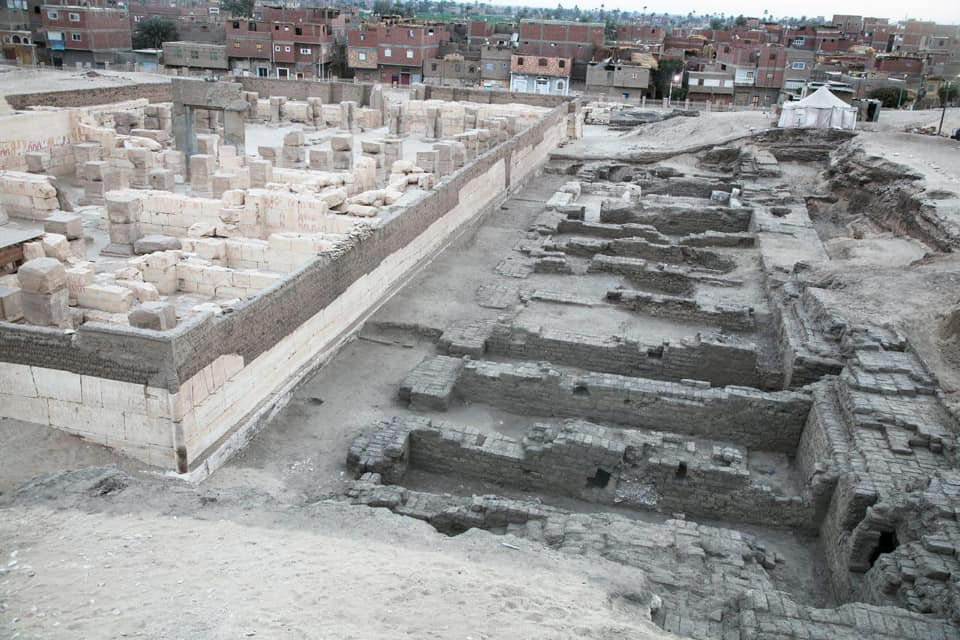 The mission of the New York University-ISAW

Archaeologists excavating in Abydos revealed the foundation deposit of Ramesses II’s temple, as well as its storerooms.

The mission of the New York University-ISAW at the temple of Ramesses II in the age-old site of Abydos under the direction of Dr. Sameh Iskander discovered the temple’s foundation deposit at its south-west corner which was buried in 1279 BC at the time of its construction ceremonies.

The mission also discovered ten large mud-brick storerooms attached to the temple palace, originally roofed with vaulted brick ceilings. They were used as granaries, storage of other temple provisions, offerings, and other small equipment.

Twelve sacrificial votive bulls’ heads and bones dated to the Ptolemaic period were found inserted inside niches cut in the walls of the storerooms. In addition, a complete bull skeleton was found carefully buried under the floor of the temple palace.

Lead excavator Dr. Iskander stated that the foundation deposits bearing the throne name of Ramesses II buried under his first temple built in Egypt confirms that it was indeed constructed during his reign, and not earlier during his father’s time.

The latest discoveries have in effect changed the physical appearance of the Abydos landscape and shed considerable light on our understanding of the temple and its economy during the 13th century BC.

The insertion of numerous votive sacrificial bulls within the walls of the temple dated to the Ptolemaic period reveals that the temple was still regarded then as a sacred place. This is a testimony to the vivid memory of Ramesses II in the Egyptian mind one thousand years after his reign-an  immense span of time.