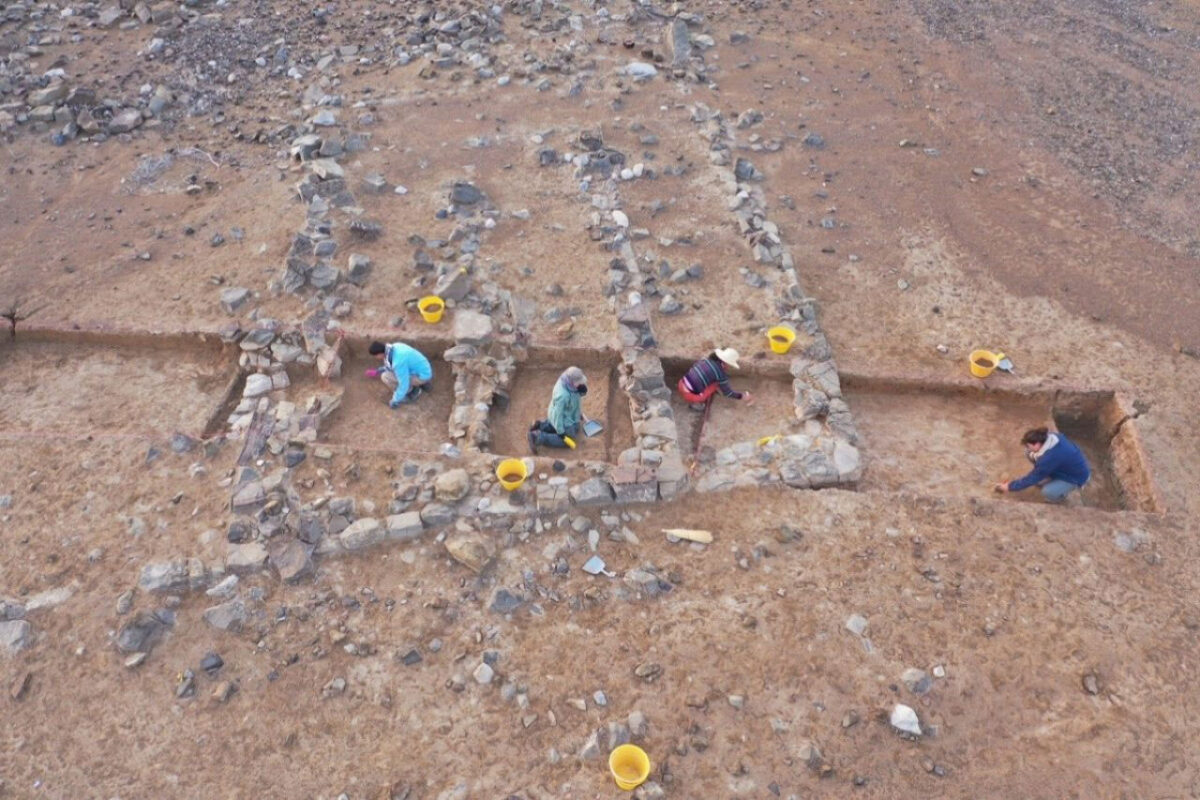 A team of researchers from NYU Abu Dhabi (NYUAD), the Penn Museum, University of Pennsylvania, and Michigan State University have uncovered exciting new details about the prehistory of the UAE and Oman at Bat. The archaeological site of Bat is an oasis settlement and necropolis located in the arid piedmont of the Hajar Mountains in the Sultanate of Oman, where the Bat Archaeological Project (BAP) has carried out field research since 2007.

Heavy rains this winter revealed new patterns of ancient life at the site in Oman. Working in collaboration with the Ministry of Heritage and Tourism in Oman, researchers discovered a new settlement area away from the center of the site. Despite being far from any oasis, homes appear to have been organized around an above-ground water source – the first time such a settlement pattern has been observed and a finding that will force researchers to think afresh about how the environment shaped ancient civilization in the region.

With the assistance of a specialist from the New Bulgarian University, Professor Petranka Nedelcheva, the BAP has begun a new study of stone tools from the site, which are the oldest type of artifact found in the region. Some of these objects, which include scrapers, knives, and sickles, are over 8,000 years old. Other artifacts found at Bat this year, such as pottery and carnelian beads, identify the connections between this prehistoric site and its ancient neighbors, in Arabia and beyond. The study suggests that even in prehistory, Southeastern Arabia was part of wide trade networks that spanned across the Arabian Peninsula, the Middle East, and South Asia.

In addition, the project is using a botanical survey of plants growing around Bat to add to the body of evidence about climate change in the region and help scholars and the public envision how the ancient landscape might have looked.

The excavations at the site explore the Umm an-Nar period, a time during the Bronze Age when the modern-day Oman and UAE were known as “Magan.” The Bat Archaeological Project’s recent research has been key to improving understanding of ancient people’s choice of location, their living environment and use of natural resources.