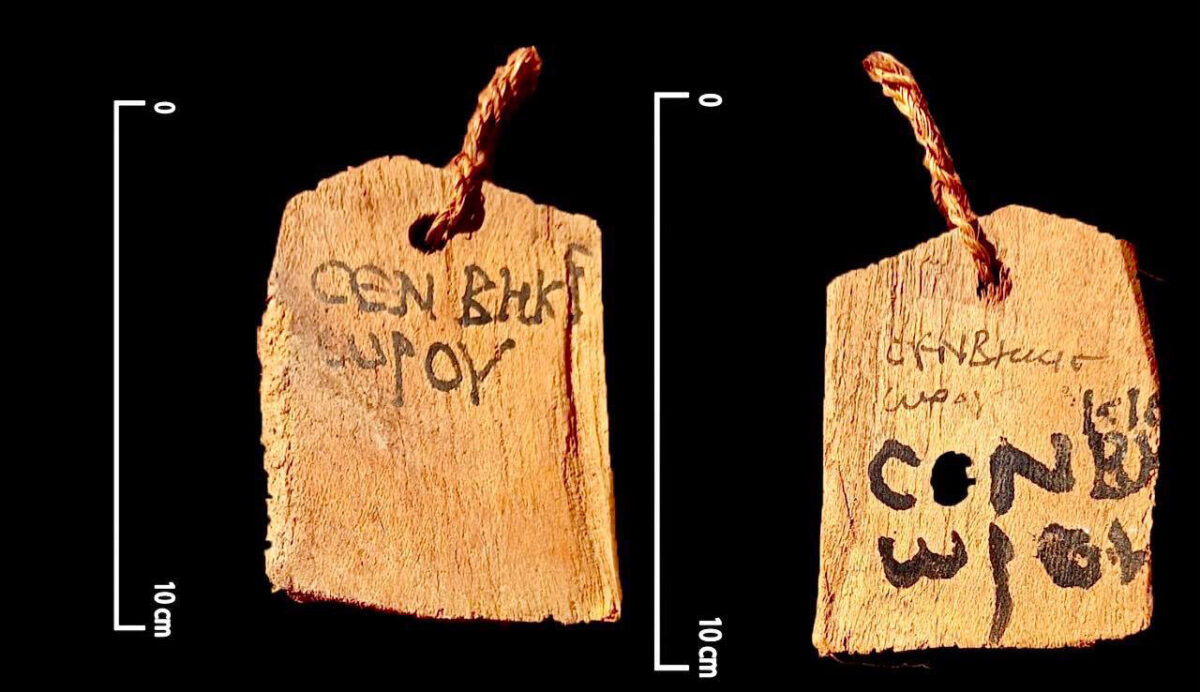 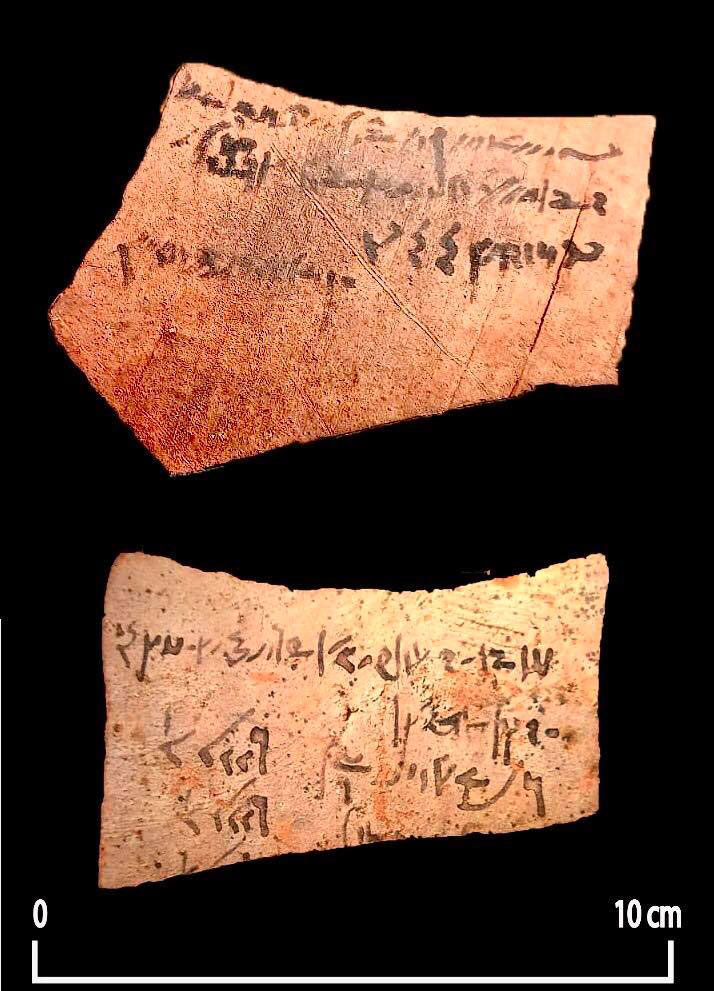 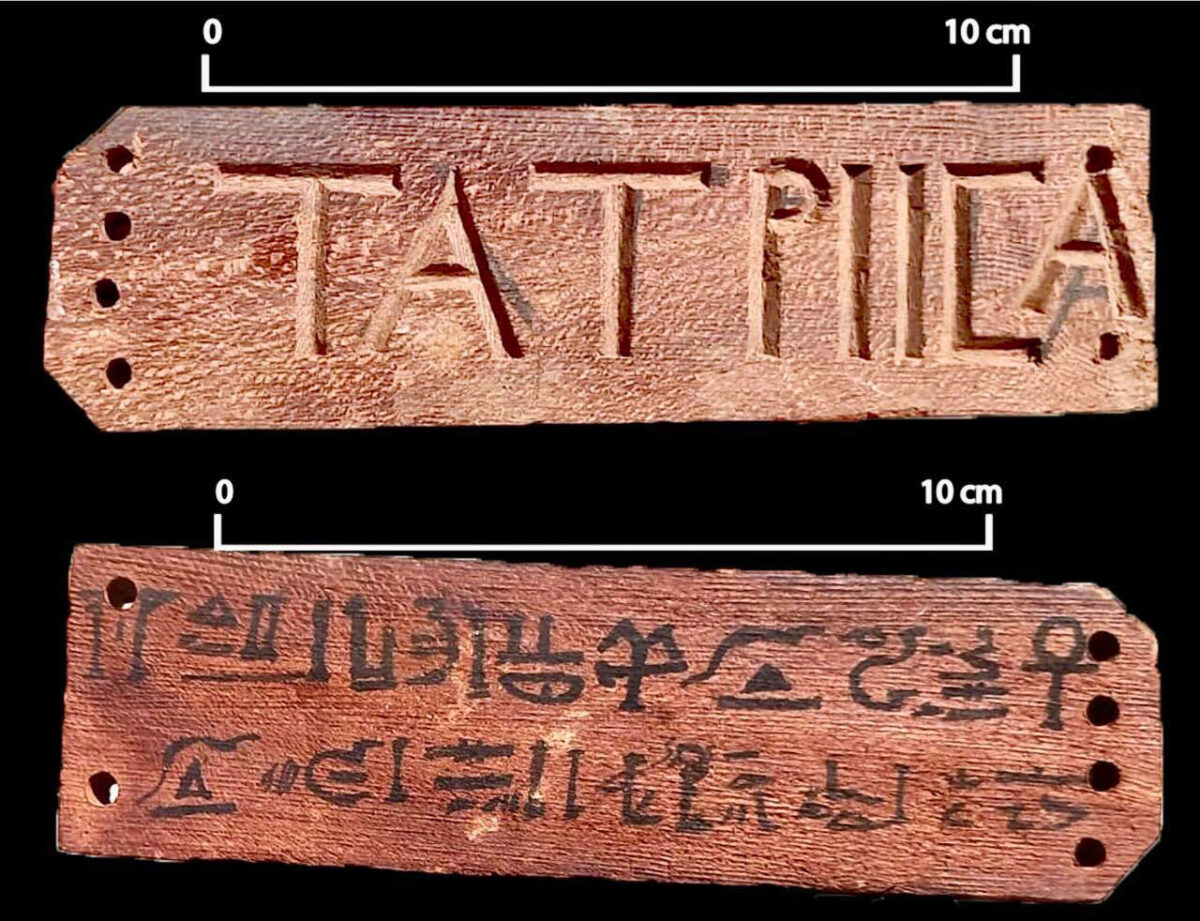 by Archaeology Newsroom
Dr. Mostafa Waziry said that the Egyptian archaeological mission at Gebel El-Haridi in Sohag discovered a tower house that was used as a checkpoint, built in the reign of Ptolemy III. The mission also unearthed the remains of the Ptolemaic temple dedicated to the Goddess Isis, parts of which were discovered during the early 2000s.
The preliminary surveys of Gebel El-Haridi showed archaeological material dated to the 6th Dynasty of the Old Kingdom to actually be of the late Roman Period and the Coptic era. The earliest mention of the site is by Richard Pococke in 1763, while it was also mentioned by the scientists of the Napoleonic campaign in 1798.
The EES (Egypt Exploration Society) excavated the site between December 1991 till August 1998, under the direction of Dr. Christopher Kirby.
The checkpoint discovered is a mud-brick structure that was built to observe and watch the traffic between the nomes’ borders, collect taxes, and secure the boats sailing the Nile.
The discovered temple dedicated to Isis was dated to the reign of Ptolemy III (Euergetes) 246 B.C – 222 B.C and it measures 33 meters in length and 14 meters in width, with north to south axis. Dr. Aiman Ashmawi said that the layout of the temple consists of a rectangular courtyard with 4 columns in the middle, followed by a hall with two columns which finally leads to the holy of holies.
During the excavations, the team discovered a limestone purification basin and a votive stela at the north of the temple as well as 5 ostraca with demotic inscriptions, 38 Roman coins, and bones coming from animals consumed as food by the temple priests.
Mr. Mohamed Abdelbadie said that the mission discovered a house of the workers’ overseer and a number of documents with the workers’ names, salaries, and tasks.
The mission also discovered about 85 tombs dating to different eras from the end of the Old Kingdom to Ptolemaic.
The tombs vary in their plans; some are rock-cut in different levels of the mountain, some with one or several burial shafts, and others have a sliding corridor leading into a burial chamber.
Inside the Ptolemaic tombs, human remains -some mummified- were discovered with a number of 30 mummies labels – a permit for the burial – written in Ancient Greek, hieratic, or demotic script.
Those cards usually recorded the name of the deceased, the father or mother’s name, place of origin, profession, and age at the time of death alongside ancient Egyptian hymns and prayers.
The team also finished documenting a number of quarries at the site including Ramses III quarry of the 19th Dynasty. This was mentioned in papyrus Harris “Ramses III sent 38 quarry craftsmen to Gebel ElHaridi to cut stones to build a temple for him in the 10th nome.
Finally, the mission finished the cleaning and preservation of Ramses III’s stela, as well as three Ptolemaic quarries of Ptolemy III, Ptolemy IV, Ptolemy V, and Ptolemy XII.