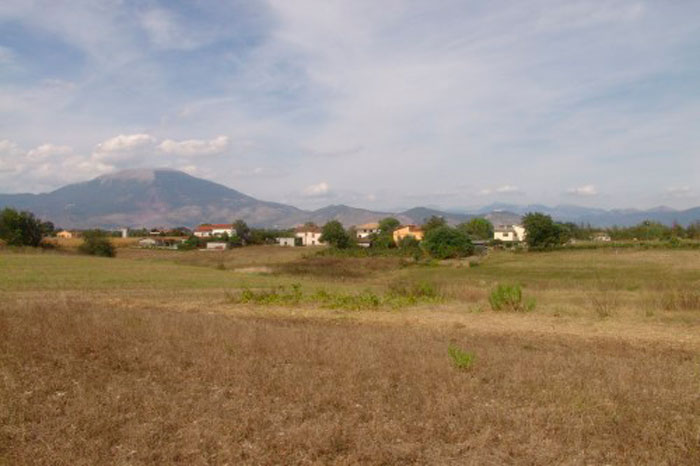 The street plan reveals the location of a theatre, marketplace and other buildings

An ancient Italian town which disappeared after its abandonment 1,500 years ago and now lies buried underground has been mapped by researchers for the first time.

The street plan reveals the location of a theatre, marketplace and other buildings on the site of Interamna Lirenas in the Liri Valley of Southern Lazio.

It debunks previous views that the town, originally founded as a Roman colony in the 4th century BC and located 50 miles south of Rome, was nothing but a sleepy backwater.

Martin Millett, Laurence Professor of Classical Archaeology at the University of Cambridge and Fellow of Fitzwilliam College, said the complete street plan showed Interamna Lirenas was a bustling urban centre in its own right.

He said: “It shows that this was a lively and busy place, even though most scholars have reckoned that it was marginal and stagnating. We have also carried out research in the surrounding countryside which adds to the picture because it shows that the nearby farmland was thriving as well.”

After it was abandoned around the year 500 CE, the town was scavenged for building materials and, over time, its remains were completely lost from view.

Today, the site is an uninterrupted stretch of farmland, with no recognisable archaeological features. Archaeologists have known of its existence but it has never been excavated.

Researchers have now produced the first images of the ancient site, using geophysical methods that allowed them to look beneath the surface of the earth and map the layout of the entire settlement, which spans 25 hectares.

The resulting pictures have thrown up surprises. The large marketplace and theatre suggest that it was an economic and social centre in its own right.

The map also challenges theories that Roman colonial settlements followed the same template.”Having the complete street plan and being able to pick out individual details allows us to start zoning the settlement and examine how it worked and changed through time,” Prof Millett said.

The images are the result of a project which began in 2010 that aims to understand more about what happened in towns established by the Romans as colonies following the conquest of Italy.

Interamna Lirenas was chosen because in spite of its size, it did not expand significantly during the high point of Rome’s Imperial Age, meaning that it retained much of its original colonial shape and features.

The Cambridge team is now about to embark on a five-year project to develop the study and are planning the first proper archaeological excavation. Further studies should also help to confirm how many people lived in the settlement at different times.

“Part of our analysis involves trying to say which areas were used for housing and what types of houses they were,” Prof Millett said. “Until we have been able to do this it will be difficult to put a firm figure on the population. However, we are talking about a community of a few thousand people.”