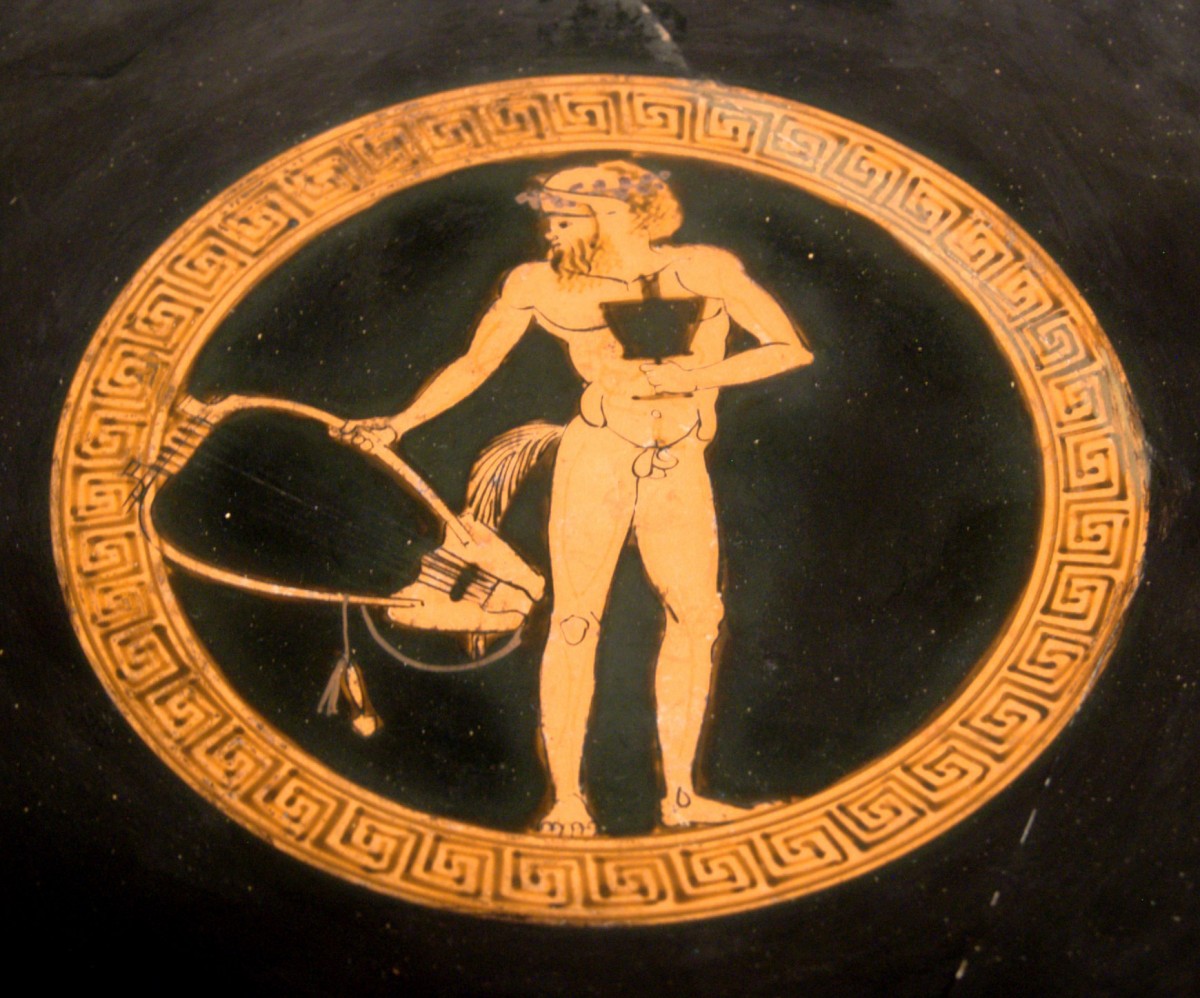 The Sound of Music Greek Style

How did ancient Greek music sound?

The music of ancient Greece, unheard for thousands of years, is being brought back to life by Armand D’Angour, a musician and tutor in classics at Oxford University. He describes what his research is discovering.

“Suppose that 2,500 years from now all that survived of the Beatles songs were a few of the lyrics, and all that remained of Mozart and Verdi’s operas were the words and not the music. Imagine if we could then reconstruct the music, rediscover the instruments that played them, and hear the words once again in their proper setting, how exciting that would be”.

This is about to happen with the classic texts of ancient Greece.

It is often forgotten that the writings at the root of Western literature – the epics of Homer, the love-poems of Sappho, the tragedies of Sophocles and Euripides – were all, originally, music.

Dating from around 750 to 400 BC, they were composed to be sung in whole or part to the accompaniment of the lyre, reed-pipes, and percussion instruments.

But isn’t the music lost beyond recovery? The answer is no. The rhythms – perhaps the most important aspect of music – are preserved in the words themselves, in the patterns of long and short syllables.

The instruments are known from descriptions, paintings and archaeological remains, which allow us to establish the timbres and range of pitches they produced.

And now, new revelations about ancient Greek music have emerged from a few dozen ancient documents inscribed with a vocal notation devised around 450 BC, consisting of alphabetic letters and signs placed above the vowels of the Greek words.

The Greeks had worked out the mathematical ratios of musical intervals – an octave is 2:1, a fifth 3:2, a fourth 4:3, and so on.

The notation gives an accurate indication of relative pitch: letter A at the top of the scale, for instance, represents a musical note a fifth higher than N halfway down the alphabet. Absolute pitch can be worked out from the vocal ranges required to sing the surviving tunes.

While the documents, found on stone in Greece and papyrus in Egypt, have long been known to classicists – some were published as early as 1581 – in recent decades they have been augmented by new finds. Dating from around 300 BC to 300 AD, these fragments offer us a clearer view than ever before of the music of ancient Greece.

The research project that I have embarked on, funded by the British Academy, has the aim of bringing this music back to life.

But it is important to realise that ancient rhythmical and melodic norms were different from our own.

We must set aside our Western preconceptions. A better parallel is non-Western folk traditions, such as those of India and the Middle East.

Instrumental practices that derive from ancient Greek traditions still survive in areas of Sardinia and Turkey, and give us an insight into the sounds and techniques that created the experience of music in ancient times.

Some of the surviving melodies are immediately attractive to a modern ear. One complete piece, inscribed on a marble column and dating from around 200 AD, is a haunting short song of four lines composed by Seikilos. The words of the song may be translated:

We’ve a brief span of life to spend:

The notation is unequivocal. It marks a regular rhythmic beat, and indicates a very important principle of ancient composition.

In ancient Greek the voice went up in pitch on certain syllables and fell on others (the accents of ancient Greek indicate pitch, not stress). The contours of the melody follow those pitches here, and fairly consistently in all the documents.

But one shouldn’t assume that the Greeks’ idea of tuning was identical to ours. Ptolemy in the 2nd century AD provides precise mathematical ratios for numerous different scale-tunings, including one that he says sounds “foreign and homespun”.

Dr David Creese of the University of Newcastle has constructed an eight-string “canon” (a zither-like instrument) with movable bridges. When he plays two versions of the Seikilos tune using Ptolemy’s tunings, the second immediately strikes us as exotic, more like Middle Eastern than Western music.

The earliest musical document that survives preserves a few bars of sung music from a play, Orestes by the fifth-century BC tragedian Euripides. It may even be music Euripides himself wrote. Music of this period used subtle intervals such as quarter-tones. We also find that the melody doesn’t conform to the word pitches at all. Euripides was a notoriously avant-garde composer, and this indicates one of the ways in which his music was heard to be wildly modern: it violated the long-held norms of Greek folk singing by neglecting word-pitch. However, we can recognise that Euripides adopted another principle. The words “I lament” and “I beseech” are set to a falling, mournful-sounding cadence; and when the singer says “my heart leaps wildly”, the melody leaps as well. This was ancient Greek soundtrack music.

And it was received with great excitement in the Greek world. The historian Plutarch tells a moving story about the thousands of Athenian soldiers held prisoner in roasting Syracusan quarries after a disastrous campaign in 413 BC. Those few who were able to sing Euripides’ latest songs were able to earn some food and drink.

What about the greatest of ancient poet-singers, Homer himself?

Homer tells us that bards of his period sang to a four-stringed lyre, called a “phorminx”. Those strings will probably have been tuned to the four notes that survived at the core of the later Greek scale systems.

Professor Martin West of Oxford has reconstructed the singing of Homer on that basis. The result is a fairly monotonous tune, which probably explains why the tradition of Homeric recitation without melody emerged from what was originally a sung composition.

“What song the Sirens sang,” is the first of the questions listed by the 17th Century English writer, Sir Thomas Browne, as “puzzling, though not beyond all conjecture”. “The reconstruction of ancient Greek music is bringing us a step closer to answering the question.”