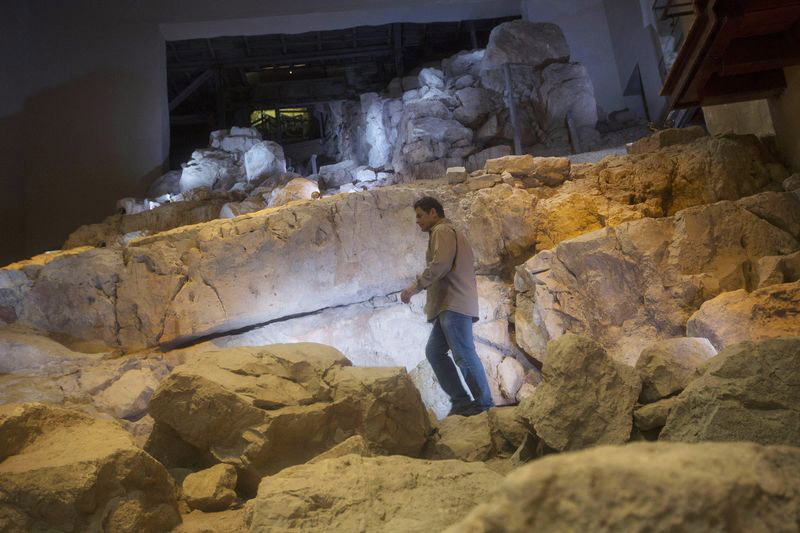 Elad-funded excavation site said to be identified to Zion opens to the public in East Jerusalem.

The Spring Citadel, a $10 million excavation of a site alledgedly connected to the conquest of Jerusalem by the biblical King David has been opened to the public last month, despite the fact it stirs controversies, both academic and political.

Lying beneath a modern Palestinian neighbourhoood in East Jerusalem, the site is under research since 1995. Excavations have brought to light a massive fortification of five-ton stones stacked 21 feet (6 meters) wide. The fact that the walls are the largest pre-Herodean fortification walls known from the area made chief excavator Eli Shukron support that the site is identified to the famous citadel of Zion, that David took from the Jebusites according to the Bible.

“This is the citadel of King David, this is the Citadel of Zion, and this is what King David took from the Jebusites,” said Shukron.

However, there are many problems to this theory. Pottery shards helped date the fortification walls to be 3,800 years old, which is 800 years before the time King David alledgedly lived. Only two shard date from David’s time while much larger quantities of pottery date from about 100 years after his reign. It seems as if during David’s time the site was virtually “dead”!

Also, even David’s existence itself, is questioned. A written reference to the “House of David” found in an archaeological site in northern Israel is probably enough to indicate that David existed. Still, even most Israeli archaeologists accept David as historical figure, they are reluctant to define the extent of his power and political influence, and, as a result, they are divided on identifying Davidic sites in Jerusalem.

Ronny Reich, who was Shukron’s collaborator at the site until 2008, states that the lack of pottery is really problematic in defining his ex-colleague’s theory. “The connection between archaeology and the Bible has become very, very problematic in recent years,” he adds.

The site, known now as the “Spring Citadel”, is part of the City of David archaeological park, one of the most popular tourist sites in Jerusalem, with 500,000 tourists visiting last year.  Before opening to the public, the site acquired technical visitor-friendly features, (such as a screen showing the monument as it would look in Antiquity).  As has happened with the whole City of David project, the dig was funded by Elad, an organization that settles Jews in guarded homes in Arab areas of east Jerusalem.