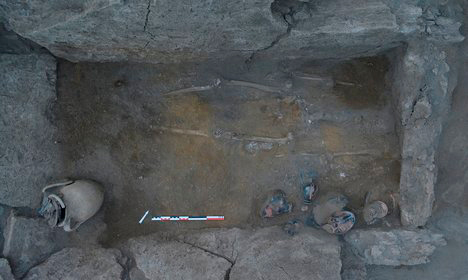 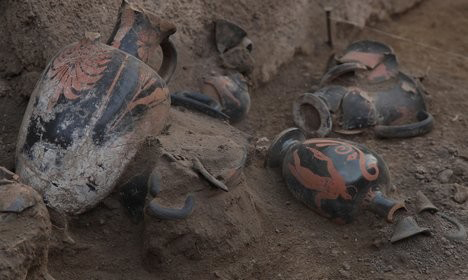 Dating back to the time of the Samnites

An undisturbed 4th-century BC burial of an adult woman was found in Pompeii. The find is considered exceptional, because it dates back to the Pre-Roman era, the time of the Samnites, about which little is known.

The discovery was made by French archaeologists from the Jean Bèrard centre in Naples.

Apart from the remains of the woman a series of amphorae were found inside the tomb, coming from different parts of Italy and thus showing the extent of trade at that time.

The clay jars contained substances which will be analyzed in the coming weeks. Archaeologists presume that these were cosmetics, wine and food.

The analysis of the grave goods is expected to shed light on the role of women in the Samnites society.

Excavations will continue at the site, as a tomb is rarely found alone, although Pompeii was heavily shelled during the Second World War and archaeologists consider it a “miracle” that this one has survived. On the other hand they are confident that Pompeii has more gifts to give.