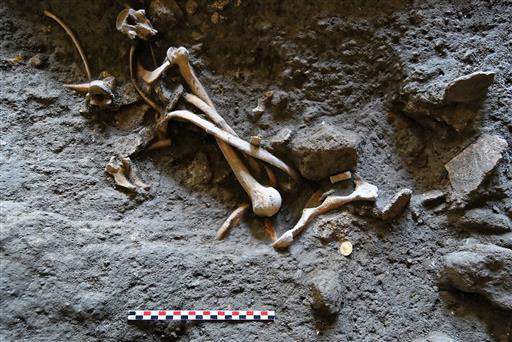 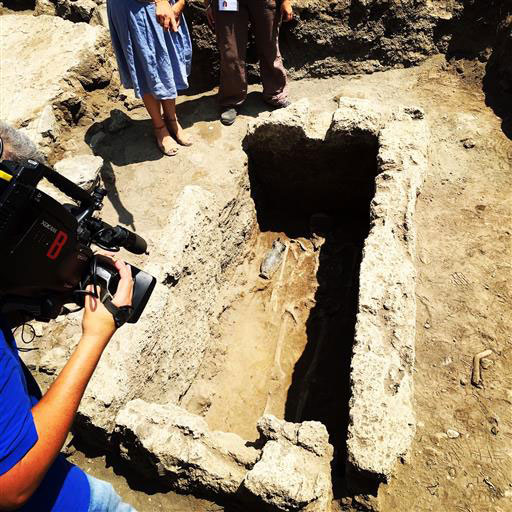 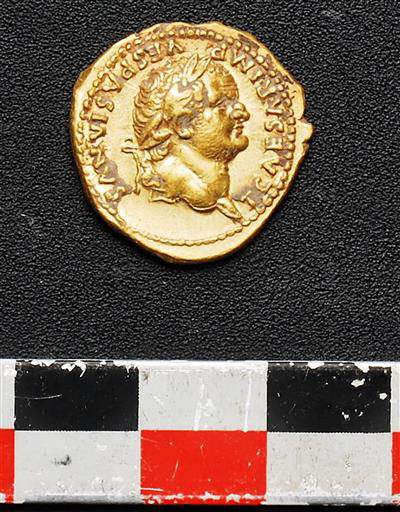 During excavations at the famous site

Archaeologists discovered four skeletons and gold coins on the outskirts of Pompeii, at an excavation of an ancient shop. The announcements was made on Friday.

According to the area office of the archaeological site in Pompeii, the Italian and French archaeologists unearthed the skeletons of young people, one of which was of an adolescent girl. They also found three gold coins, and a gold-leaf-foil pendant in the shape of a flower scattered among the bones.

The excavation of the shop, along with another one, started in May near a necropolis in the Herculaneum port area. In the first shop an oven indicates it was probably used to make bronze objects, but specialists are puzzled over the kind of business the second shop, which includes a circular well accessed by a spiral staircase, ran.

According to officials, illegal excavations had taken place after the eruption, probably for locating and retrieving objects of value, but the coins and pendant escaped the diggers who apparently didn’t notice them.

Excavations also revealed a 4th century B.C. tomb of an adult with at least six funerary vases painted black. The skeleton of the adult, who was possibly male, was lying on his back, and the vases were near the arms and feet.