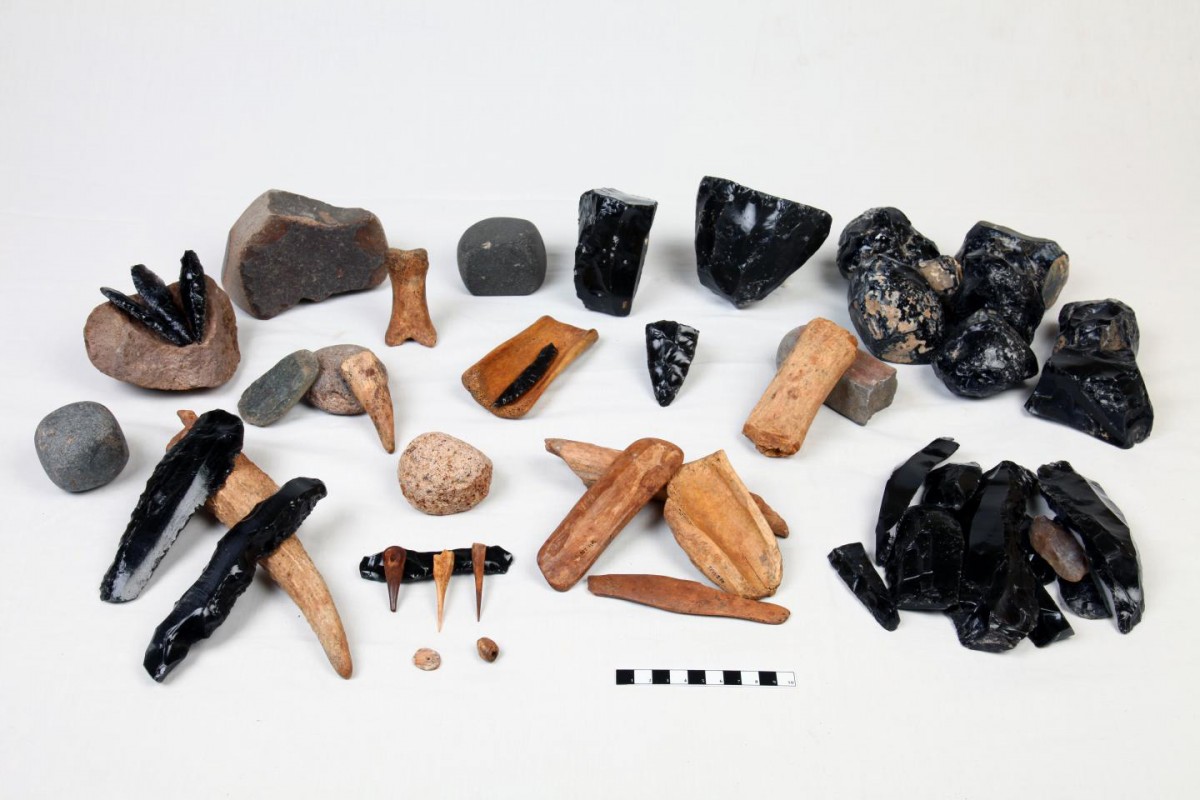 Hunter-gatherers experimented with farming in Turkey before migrating to Europe

Research based on genetic information

Clusters of hunter-gatherers spent much of the late Stone Age working out the basics of farming on the fertile lands of what is now Turkey before taking this knowledge to Europe. In an analysis of ancient genomes published August 4 in Current Biology, researchers at Stockholm University and Uppsala University in Sweden and Middle East Technical University in Turkey report that at least two waves of early European settlers belonged to the same gene pool as farmers in Central Turkey—genealogy that can be traced back to some of the first people to cultivate crops outside of Mesopotamia.

To help clear up the evolution of farming in the West, the investigators compared genetic information from Europeans living during the Neolithic period (a.k.a. the late Stone Age, 10,000-4,000 years ago; the chronology varies between Europe and the Near East) with that from nine individuals excavated from two ancient settlements in Anatolia (the area between the Black and the Mediterranean Seas).

The earliest of the gene sequences were taken from four people of the Boncuklu community, who lived between 10,300 and 9,500 years ago. The Boncuklu were a group of foragers who had recently adopted small-scale agriculture. The other five samples (dating back 9,500 to 7,800 years ago) came from Tepecik-Çiftlik villagers, who had more sophisticated farming practices.

“In Boncuklu, we find diversity levels more similar to contemporaneous hunter-gatherers, which could be expected because they themselves were foragers a couple of centuries back in time” says co-author Mehmet Somel, an evolutionary biologist at Middle East Technical University. “In fact, they were proto-farmers. Boncuklu people did not have domestic animals, and gathering was also important for the village.”

“Even 1,000 years later in villages like Tepecik-Ciftlik and Catlhoyuk, we still find that gathering and especially hunting are important for the culture; thus, the Neolithic way of life took a long time to be fully established, not only culturally so, but also demographically so,” says Anders Gotherstrom, an archeologist at Stockholm University. “What happened here was most likely an increase in population size, with increasing fecundity, and higher levels of mobility and gene flow so that, over time, Neolithic Near Eastern villages became more cosmopolitan, and this eventually triggered expansion into Europe.”

While a lot of archeological work had been done on these settlements, this is the first study to examine the genetic properties of the human remains. This type of analysis would have been impossible until just recently due to the degradation of the DNA, which was drawn from inside the bones of the deceased. Somel helped lead the acquisition of the genetic material, and Gotherstrom and his colleague Mattias Jakobsson at Uppsala University did the genome sequencing. The analytical work was then performed by all three parties.

The paper only helps confirm speculations about how farming spread in the West, but “what is going on in the East is still a largely unwritten chapter,” Gotherstrom says. Agricultural revolutions took place in other parts of the world, and this type of analysis could help in the understanding of how they spread, as well. Somel is interested in exploring how people moved and how genetic connections and cultural connections overlap through human history.