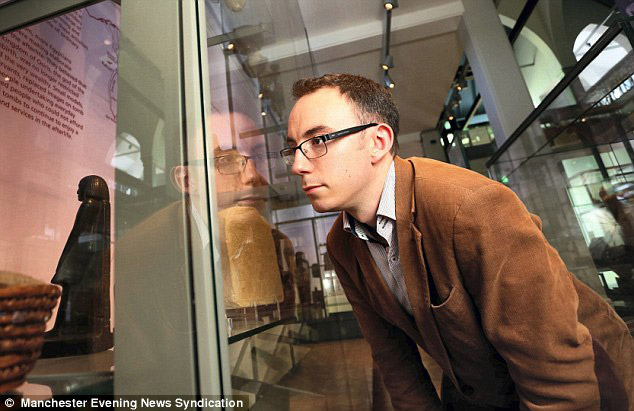 Traffic and footsteps caused an ancient Egyptian statue to rotate inside its glass case, an investigation has found.

Curators at Manchester Museum were left baffled when a time lapse video caught the 10ins (25cm) high stone statue of Neb-Senu, which dates back to 1,800 BC and donated to the Museum by a private collector back in 1933, moving.

The sensor revealed traffic and footfall vibrations at busy times of the day, such as 18:00 GMT and 07:00 GMT, caused the statue to rotate. Movement ceased overnight.

Mr Gosling, of 24 Acoustics engineering noise consultancy, said: “The vibration is a combination of multiple sources so there’s buses outside on the busy road, there’s footfall activity.”

Rotations were also prompted by the convex base of the figure “There’s a lump at the bottom which makes it more susceptible to vibrations than the others which have a flat base,” Mr Gosling added.

Before the test, curator A. Garnett said various theories had been advanced ranging from vibration caused by nearby traffic to visitor footfall. Dr Campbell Price, Egypt and Sudan curator at Manchester Museum, told BBC Radio 5 live’s Drive: “There were several supernatural explanations… but Egyptian stuff attracts that.”